These are images of my Great Aunt and her apartment in Paris. Regine was born in Poland, Dec 25, 1910 and died in Paris in 2007. She had lived in Paris since 1936 — and in this apartment for more than 30 years, widowed and without children or other family nearby. The images that make up this document reveal the passage of time on many scales.  Waves of objects  sweep in and out daily and  gradually accumulate around the edges.

They hint at both what was missing in her life and what filled it through layered compulsions of classification and arrangement. The natural accumulations that come from living in one’s home and living in one’s body. A spatial history of tchotchkes as well as living essentials.

It is important to note that these photos are not “set up”, these are found scenes. Some images document the same scenes over a number of months and years.

The 42 images you see on this site are designed as facing pages of a book. A smaller selection is presented for exhibition. 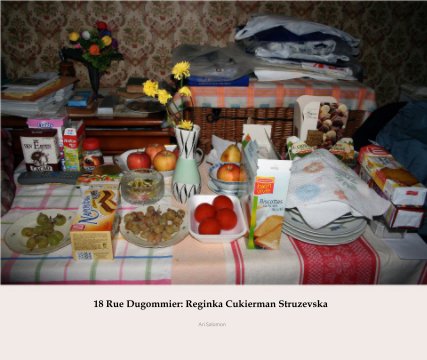